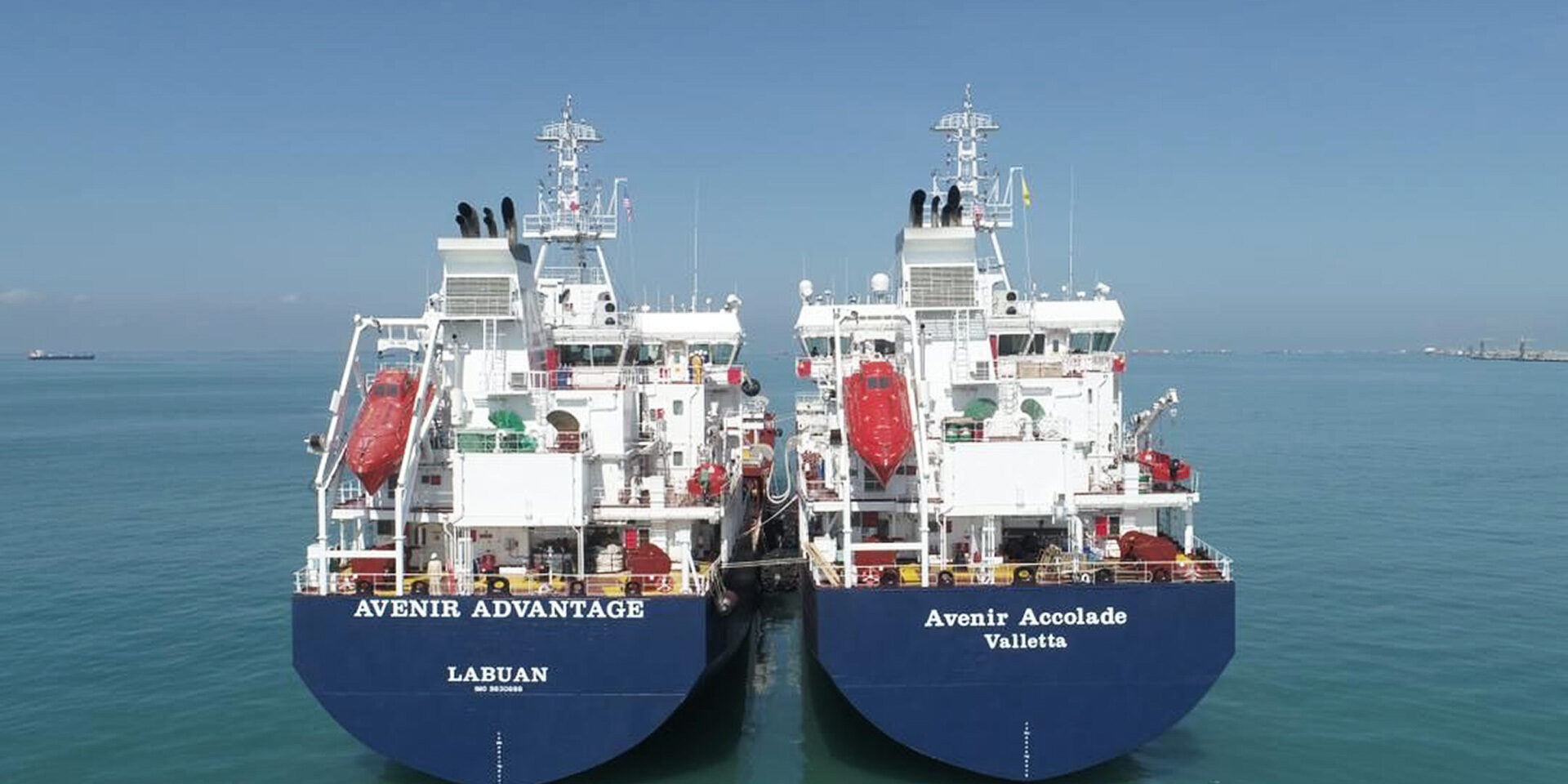 Sunday the 25:th of April another “first of” took place outside the south coast of Malaysia inPasir Gudang, Pengerang when two sister ships met for an LNG STS bunkering. The sister ships are both belonging to Avenir and it was the LBV Avenir Advantage who bunkered the Avenir Accolade, both vessels hold the capacity of 7500 cubic meters and the bunkering/transfer was performed for approximately 700 cubic meters. The operation was done while Accolade passed through Malaysia on her maiden voyage sailing out of the Keppel shipyard in Nantong with final destination set for the HIGAS LNG terminal in Sardinia.

Both Advantage and Accolade are equipped with flexible SIL2 rated 8” LNG Bunkering systems from MannTek. The systems are designed around the unique Nitrogen controlled PERC (Powered Emergency Release Coupling) but also using the DCC for a quick and safe connection point between the vessels. The system also features VSD (Vessel Ship Drift control) and a full SIL2 rated PLC integration to the cargo handling system onboard. The systems are primary designed for bunkering operations but can be due to its flexible design also be used to transferand handle cargos.

MannTek had the pleasure to be part of, and assist, during the operation on site by having our Technical Business Development Manager present.